Paul, if you can, try to get a close up like the MSC Magnifica one

Saturday, 7 September 2013 - 12:07
Post 49
PaulB, Dover (dover7@msn.com)
Yes a whopper indeed ( 115,000 tons of it ) and here she is as promised...the Costa Pacifica arriving a wee bit earlier this morning saturday under a dramatic sky..depositing a huge group of tourists to the town. Just a reminder too if you want to pop down, as mentioned in the earlier post, the Ocean Princess is also in harbour. 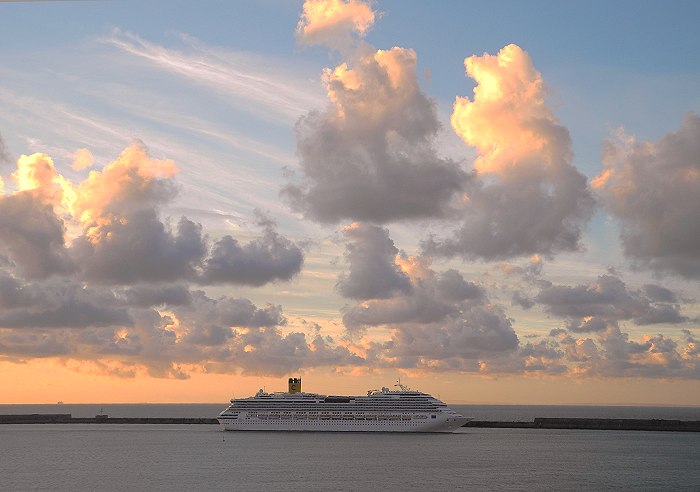 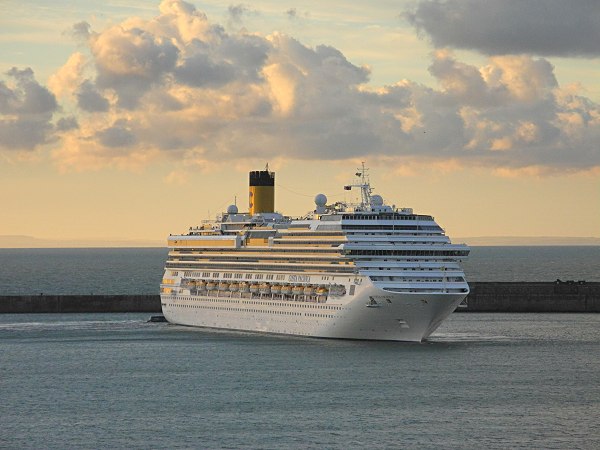 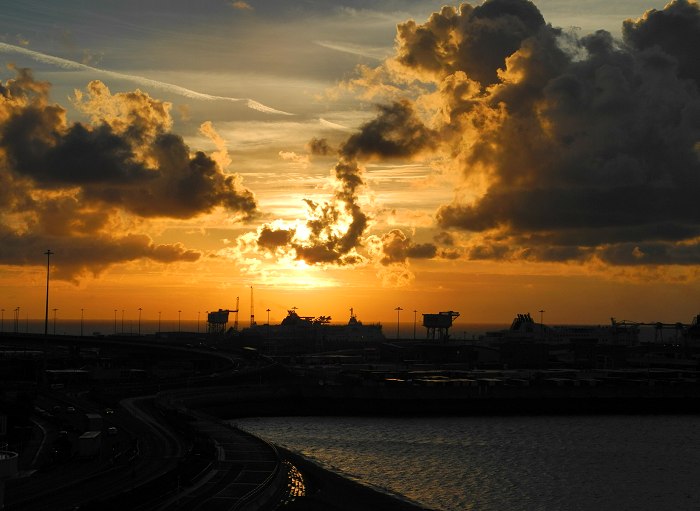 Dramatic biblical sky and blustery conditions. The sunlight is making light of the fact that it is quite rough on the channel today.

That Costa Pacifica is 'Striking' indeed

By the way, lovin the atmospheric pix below

Post 47
PaulB, Dover
A totally enormous 115,000 ton cruise liner in harbour today saturday. It sauntered into harbour in early blustery conditions but it is so big that I doubt if it even sways no matter what the weather does. Once again today Dover has a magnificent ship. There are in fact two ships in, one the uber large and striking Costa Pacifica and also the much smaller and regular Ocean Princess.

Yesterday we had the very large MSC Magnifica, picture of her arriving in the earlier post below, but even that ship size-wise shrinks in comparison to today's one.

But I got a picture of Magnifica leaving last night just as the blustery conditions were picking up and here she is out in the open seas below...
the small boat is the pilot returning to base having carried out his duties. 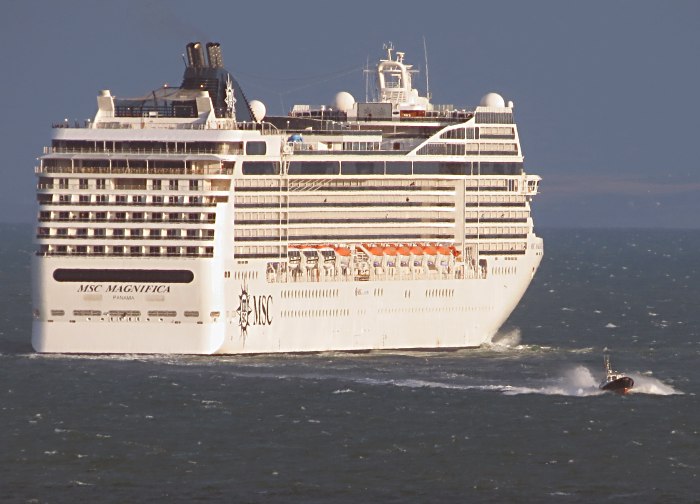 Thanks Howard. This is the season for dramatic conditions. Will aim to bring more,

Pictures of the Costa Pacifica later...watch for those.

Post 46
howard mcsweeney, dover
great selection there paul the dawn and dusk ones are hypnotic. 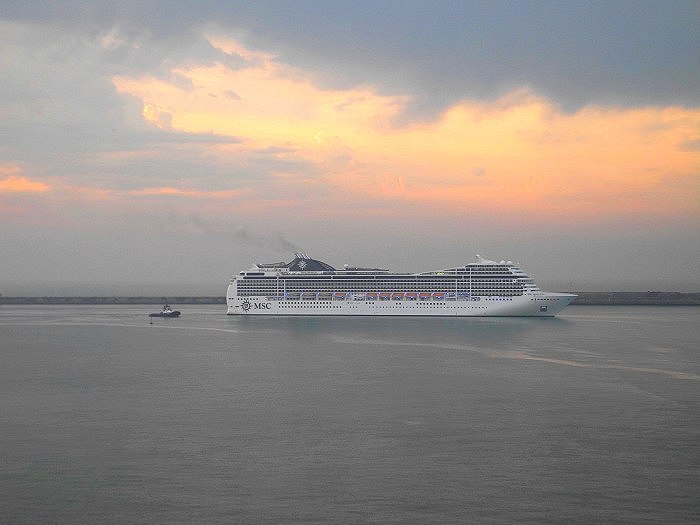 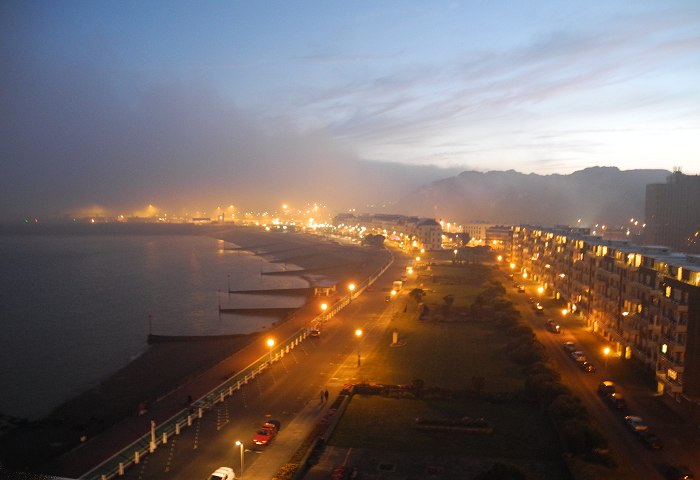 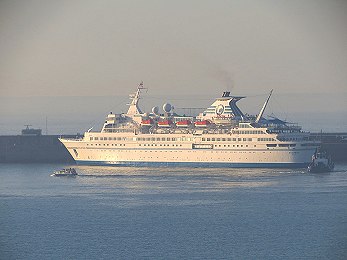 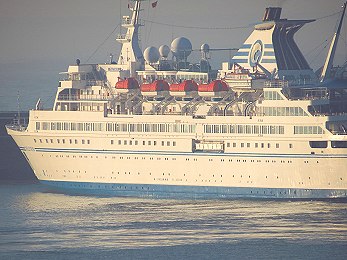 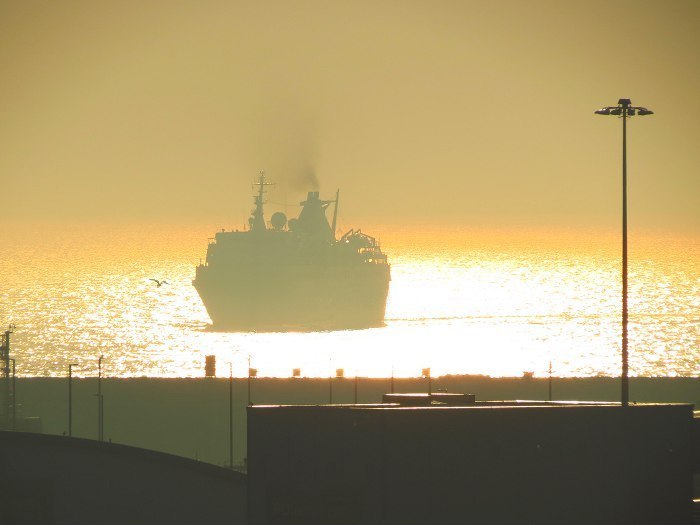 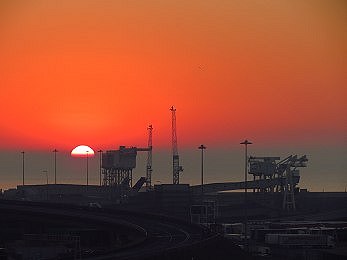 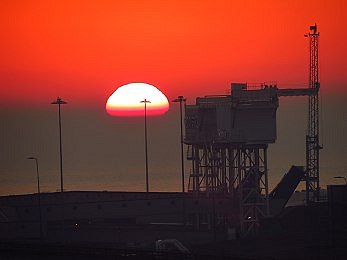 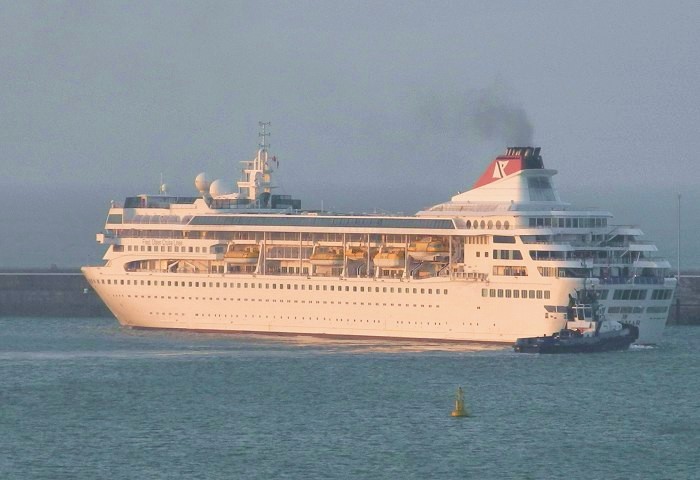 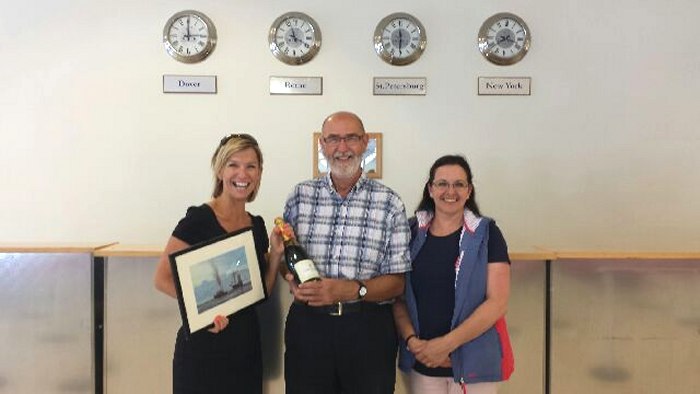 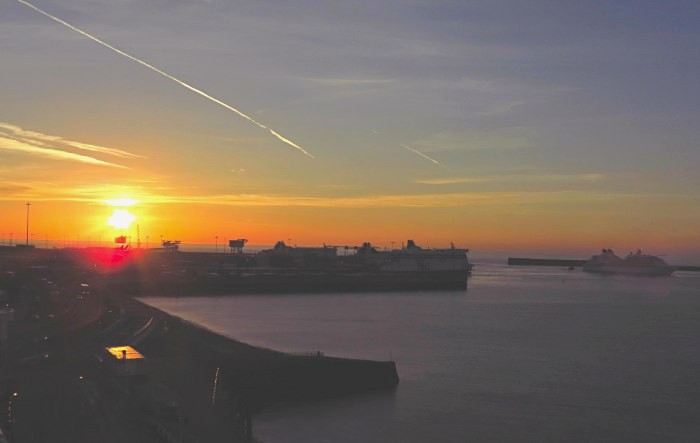 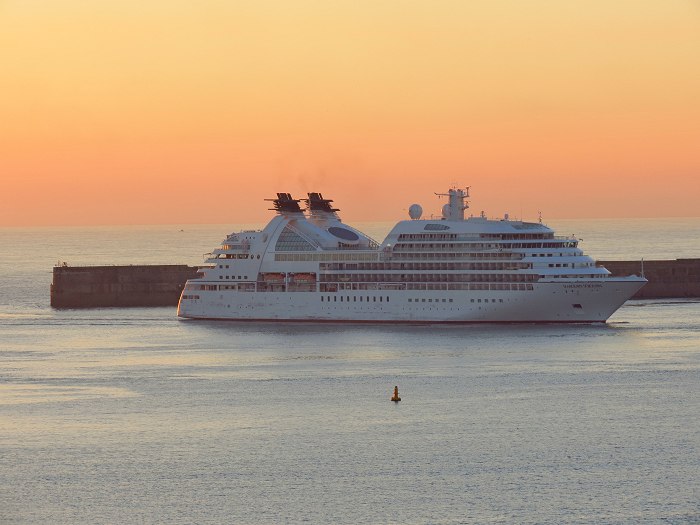 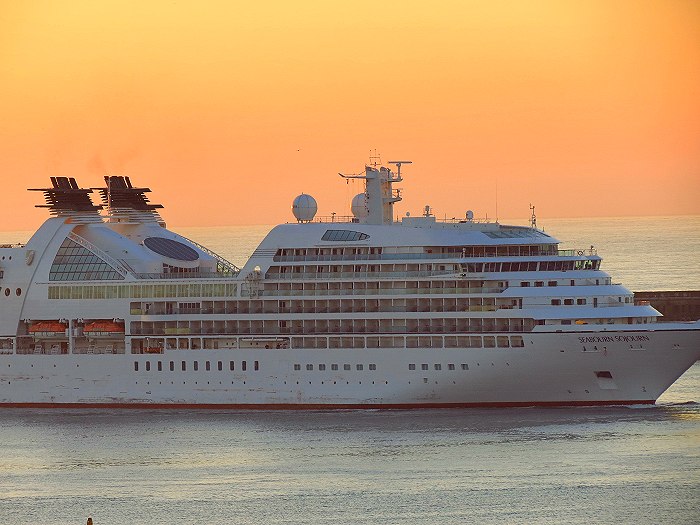 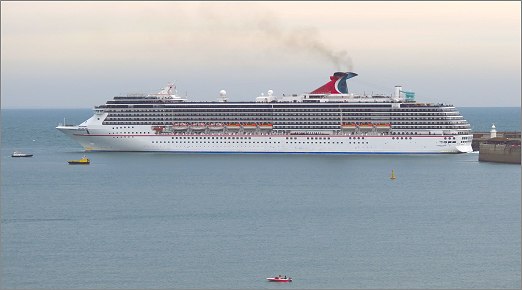 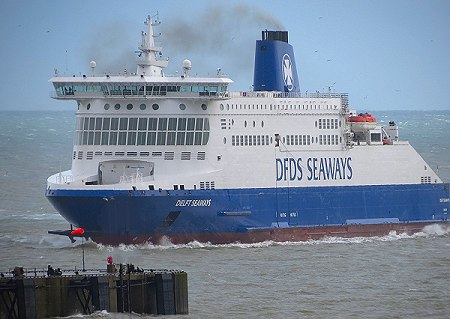 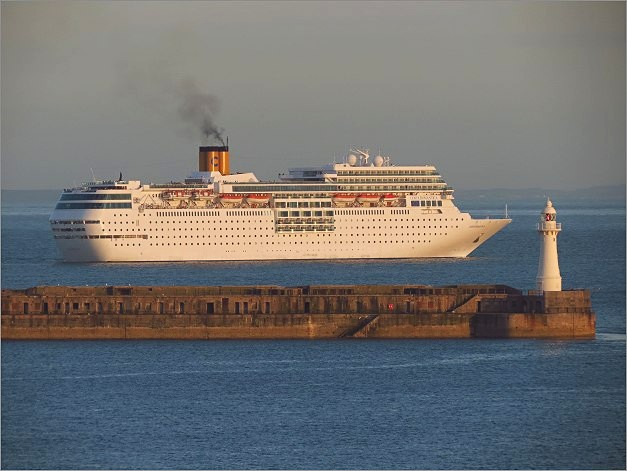 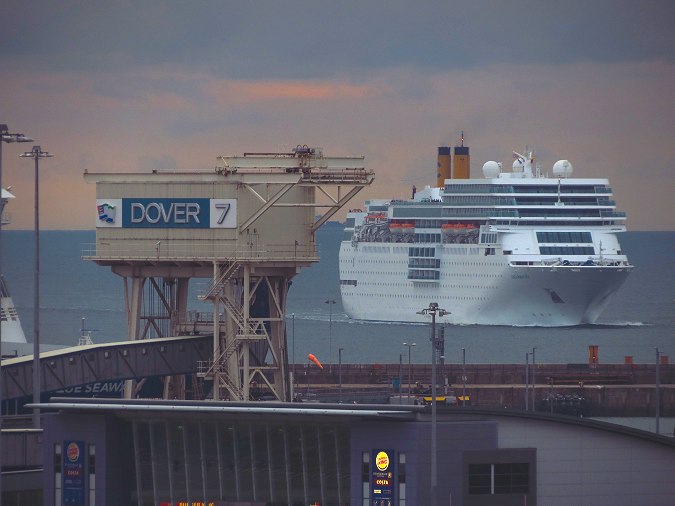 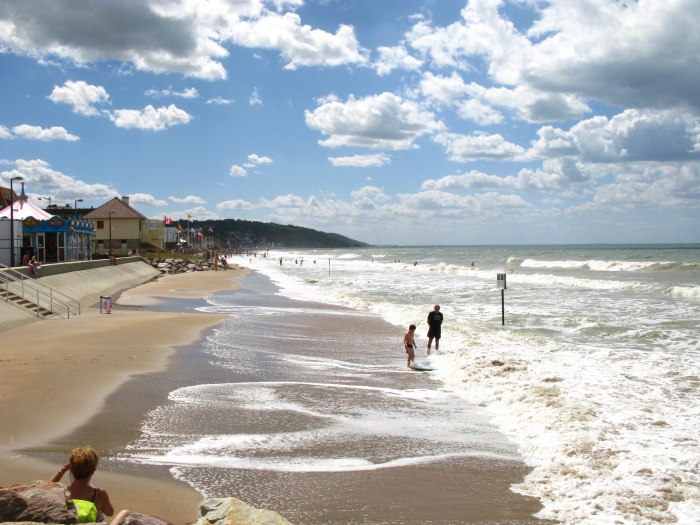